This handbook was written for anyone endeavoring to start and operate a nursery for native and traditional plants in the tropics. Because the tropics cover a vast area of the world, however, the scope of the handbook is geared toward readers in the U.S. affiliated tropics. Specifically, the U.S. affiliated tropics are a diverse area spanning two oceans and half the globe, including the nations of the Federated States of Micronesia, the Republic of Palau, and the Republic of the Marshall Islands, as well as the Territory of Guam, the Commonwealth of the Northern Mariana Islands, the Territory of American Samoa, the Commonwealth of Puerto Rico, the U.S. Virgin Islands, and the State of Hawai‘i, southern California, Texas, and the southern part of Florida (see map on following page). Areas with similar conditions may also be served. This handbook is not a species-by-species account, though propagation protocols for many tropical species are available on the Native Plant Network (http://www.nativeplantnetwork.org). 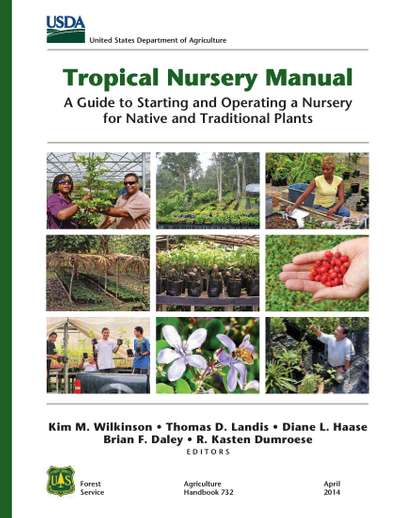